There's always the possibility that we'll run out of SNI hostnames, or that your network provider may block your SNI host list! So check in here.
Beltus 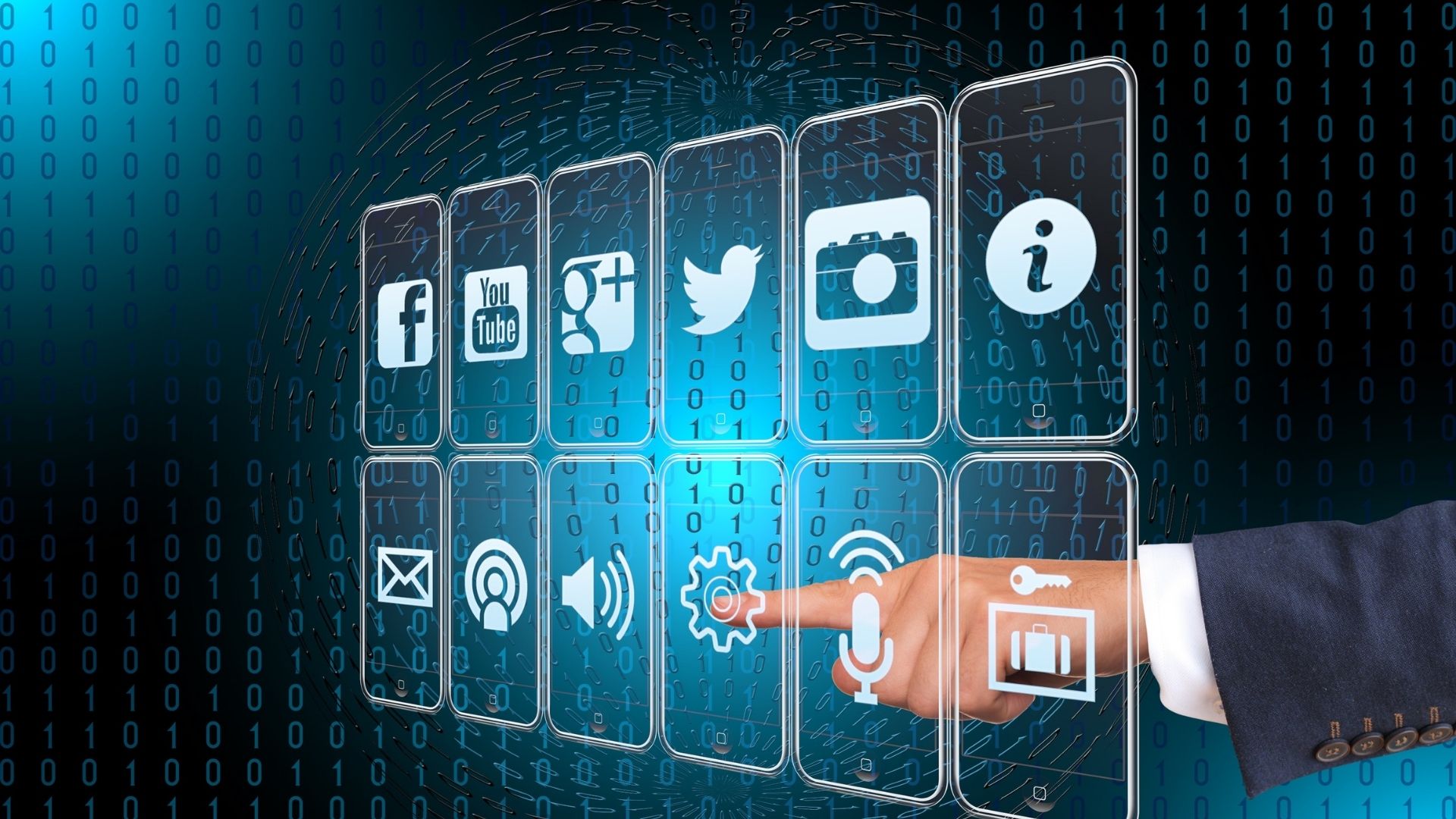 Looking for how to Sniff Packets for Working SNI host list and SNI host Finder? You are at the right place.You have the correct VPN tunnel app, most likely Ha Tunnel Plus VPN, however you are unable to access the Internet for free. There's always the possibility that we'll run out of SNI hostnames, or that your network provider may block your SNI host list! A sniffing app, also known as a packet sniffer, network analyzer, or network sniffer software, comes in handy in this situation. Yes, I'll show you how to collect packets on your ISP's network and analyze network traffic in order to create a fresh SNI host list that allows you to access the Internet for free.

When it comes to SNI hosts and free bugs hosts, we've addressed numerous approaches in the past and more lately on how to get a working free Internet host. While those methods are still quite successful, you may occasionally run into a stumbling block, which is why we aim to post as many guides as possible to assist you bypass your ISP firewall.

In this article, I'll show you how to utilize a packet capture program or network packet capture tools to sniff out SNI hosts on your network, which you can then exploit to gain free Internet with limitless data using your preferred VPN tunneling software. Please read the following carefully and don't skip any sections in order to fully comprehend the instruction and potentially devise your own ways.

Check Out: How to Find SNI Bug Host for Free Internet with Any ISP – Free SNI Host List

What Are Packet Sniffers?

Before we look into packet sniffers, let's have a look at what a packet is and how it becomes so vital in providing us with a working SNI host list.

Data is sent between two communicating devices or networks in packets. As you may be aware, data is information, and the goal here is to sniff the content of this data and exploit it to obtain free Internet access.

What are packet sniffers, exactly? A packet sniffer is a tool that can sniff or intercept network communication, as well as log and analyze data. This device could be either hardware or software. While packet sniffers are commonly used as network analyzers to collect network traffic and identify and fix problems, the focus of this essay is on sniffing packets for a functional SNI host list. In other words, our SNI host finder is our network sniffing software.

How Do Packet Sniffers Work?

In order for the packet sniffers to work, we'll need some programs on your network.

Even if you don't have data, you can access several programs on your ISP's network for free. Your ISP has given these apps a zero rating, so you can use them without fear of wasting data.

Some of the apps are owned by your ISP and may include self-care apps, music streaming apps, or other similar features. Others may be a third-party application that is then zero-rated by your ISP. This might be a news or information app like Wikipedia or Covid19, or a health or banking app. I'm not sure what's free and what isn't on your network...you're on it, so you should know.

I listed these apps to give you some ideas of what to watch out for. If you don't know any, go to your ISP's Facebook, Twitter, and Instagram pages and look through past posts for any announcements related to what I just said. You'll be startled by what you discover if you check your SMS for messages from your ISP or Google. In this covid time, apps like these abound. Also, all of the apps I'm talking about require an Internet connection to function.

Packet sniffers work by capturing and copying traffic data (packets) sent and received over a network. These packets are now transmitted via the Transmission Control Protocol/Internet Protocol (TCP/IP) protocol stack. Each packet has a port and IP address that are whitelisted on your network.....these are the small details we're looking for.

The concept behind this approach is to utilize your packet sniffer program to sniff the details from such apps and then configure your VPN tunnel app to access the Internet with unlimited usage.

This is how it works: your VPN tunneling software will mask your connection and make you appear to be the program that has free access to your ISP network when correctly configured with the information you sniffed. Your ISP firewall will mistake your connection for that of the zero-rated app and provide you access to the web because it is programmed to allow those apps to access the web on zero data.

When that request is approved, you will be able to use the app details as a pass ticket to access the Internet for free. Before we move on to the next phase, you should know that we have a page with thousands of zero-rated sites for various nations and networks around the world.

The majority of the zero-rated sites are SNI hosts that may be accessed for free via your preferred VPN tunnel program. Are you unsure how to set up your free Internet connection? We've also got you covered!

There are various packet sniffer or sniffing apps available for Android, iOS, macOS, Linux, and Windows operating systems when it comes to network packet capture. The majority of network sniffer software is available for free download.

A few network analyzer and sniffer software for Windows are shown below. Tcpdump, WinDump, WireShark, Paessler PRTG Network Monitor, and others are among them. The Mac and iOS systems each feature similar tools. We picked packet capture for this study because it is one of the top sniffer and network analyzer apps for Android.

However, if you already have one in mind, there are various packet sniffer apps for Android to pick from. Your sniffing app can also be used to sniff out working VPN tunneling software setups. If you use configurations provided by others on the app, you can sniff out functional hosts used in Ha Tunnel files, for example.

How To Capture Packets

2. Install the packet capture software and then open it. 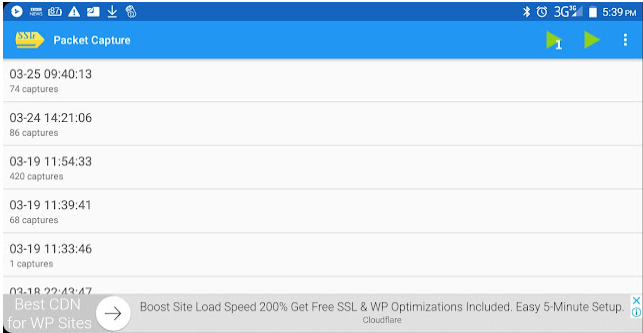 3. Look for two symbols that resemble a "play button." The first symbol (on the right) captures packets for a single program, whereas the second symbol catches packets for all apps now operating on your Android smartphone. You can use any of the play buttons. During the course of this post, however, we will be using the second button.

4. Turn on your mobile data after exiting the network packet capture software.

5. Now identify and open the application you wish to sniff. If there are several, open them all.

6. Close those programs before returning to your packet capture software. To establish a VPN connection, click the play icon. All of your app's activity will be routed through your sniffer app, which will then capture the packets.

7. You should now see the session reading (the numbers are increasing), but do not touch it; instead, leave it for at least 15 minutes while you use the apps.

8. Return to the apps you had previously opened (those apps that you want to sniff packets from). Return to them one by one, then interact with them while staying on the applications. If there is only one app, engage with it alone.

The purpose of your interaction with the application(s) is to get the app to interface with the server, which requires you to transmit packets back and forth for harvesting. You might wind up gathering nothing if you don't do this on some apps.

1. You must have been waiting for at least 15 minutes by now. Return to your sniffer app and choose the previously selected button (the button has changed to red). To stop capturing packets, click it. 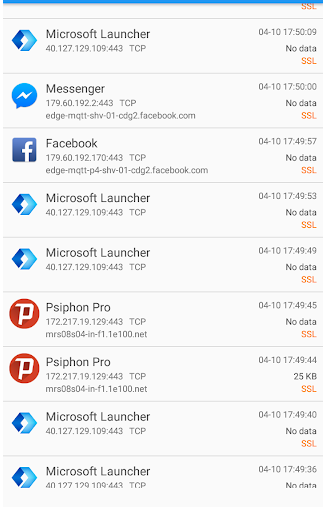 2. To see the captured packets, select the read session.

3. When the read session starts, you'll notice a number of apps, with the ones with the most interactions displayed multiple times.

If you sniffed more than one program, it's a good idea to note down the names of the apps so you can extract the data one by one from the apps in order to avoid any confusion.

4. Find the apps that you want to use to collect data and click on them one by one. There will be nothing in those with zero kilobytes (0.00 KB), so don't click on them.

5. Open the file and make a list of the hosts, referrer, agents, etc. While trying to write down the stuff I just listed, you may see some encoded data. Take note of and collect all of the VALUABLES.

Also Read: How To Get Free Bug Host/SNI For Free Unlimited Internet Access On Any Network

The next step is to configure them in your VPN tunneling program using the information you packet sniffed from those apps. However, we've got you covered there as well.

We've published a full tutorial on how to connect Ha Tunnel Plus VPN to give you free unlimited Internet if you have the Ha Tunnel VPN app. Then there are the ready-to-use Ha Tunnel files, which provide free Internet to all networks.

Check out the below:

For the hosts in this post, you can also utilize a mechanism called "Reverse Proxy" to acquire free Internet access on your network. Meanwhile, those who prefer to use the HTTP Injector VPN program can follow this step-by-step guide to get their free internet trick up and running.