Top 5 Cryptocurrency Scams And How To Avoid Them 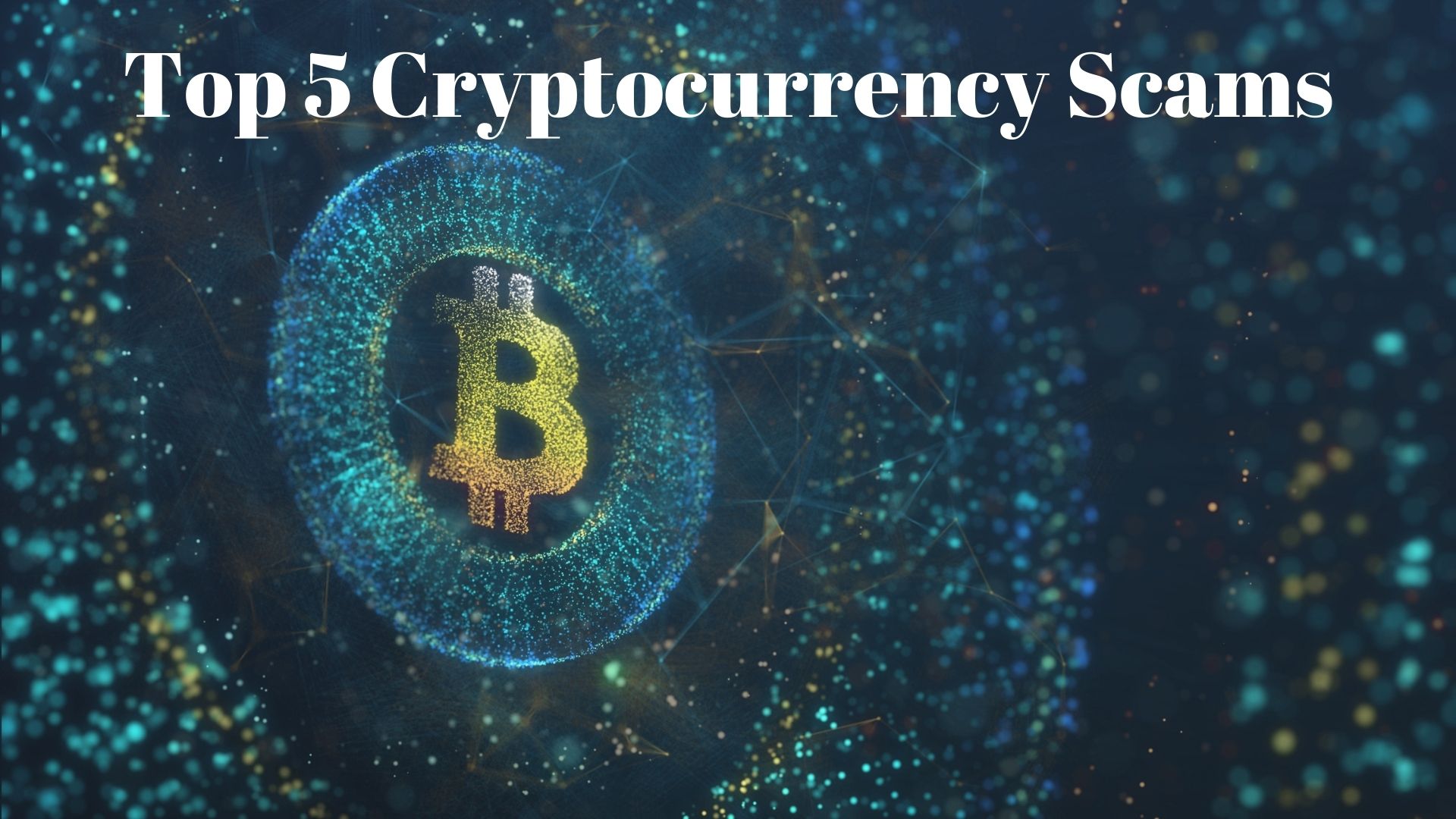 Are You Looking for how to avoid Cryptocurrency Scam? There fore you are at the right place. This year, cryptocurrency has been the best-performing asset class. While Bitcoin has increased by more than 100%, major indices have only increased by about 20%.

This rise has reignited interest in cryptocurrency among people all across the world. Crypto-related events are selling out, and Google searches for terms like "earn money crypto" have increased dramatically. Many observers believe the Bitcoin price surge is only getting started because of this optimism. John McAfee, a well-known cybersecurity expert, has forecast that the price of one Bitcoin might reach $1 million by 2020. McAfee, on the other hand, has already admitted to enjoying PR stunts.

Simultaneously, many people lose money every day as a result of bitcoin frauds. We'll look at the top 5 bitcoin scams and how to prevent them in this article.

OneCoin is one of the most well-known cryptocurrency frauds in history.

Ruja Ignatova, the founder of OneCoin, vanished in 2017, just after a secret US order for her arrest was issued.

According to US prosecutors, the conspiracy netted about $4 billion worldwide.

Top 5 Cryptocurrency Scams and How to Avoid Them

Many blockchain startups use an Initial Coin Offering (ICO) to raise funds. It's designed to mimic the process of initial public offerings (IPOs). ICOs, unlike IPOs, are unregulated and international in scope. Furthermore, companies that sell ICOs are not required to disclose any information about their income or balance sheet. The majority of them lack both.

ICOs have received about $10 billion in funding in the last few years. Block.one raised almost $4 billion from investors in 2017. Alibaba raised a quarter of a billion dollars in its IPO in 2014. Telegram, the popular messaging software, raised over $1.7 billion in an initial coin offering (ICO).

Unfortunately, the majority of people who bought in several of these ICOs lost money. Indeed, the business behind Block.one was compelled to settle with the Securities and Exchange Commission last week for conducting unregulated securities sales.

The procedure of starting an ICO is incredibly simple, which is why they are scams. Anyone can fool people by using one of the several ICO templates available online. Indeed, in 2017, a startup named Useless Coin raised over $54k in funding. The company had stated on its website that earnings will be used to "purchase items."

To avoid falling victim to an ICO fraud, we recommend just avoiding them. Ignore the slick websites, the attractive people in the Team section, and the phony goods they're promoting.

Investment managers are obliged to be regulated in the traditional financial industry. The Securities and Exchange Commission (SEC) regulates all fund managers in the United States. This regulation protects the financial industry by preventing rogue managers from operating.

Cryptocurrency does not appear to follow these norms as a global enterprise. Because cryptocurrencies, unlike fiat currency, cannot be tracked by financial regulators, they do not follow the regulations. As a result, many Americans have lost a significant amount of money by putting their trust in rogue money managers who guarantee double-digit returns.

BitConnect, which was accused of being a ponzi scheme, is a good illustration of this. The corporation was worth more than $2.6 billion at its peak. Investors were guaranteed monthly returns of 40%. Early investors who deposited $1,000 into the fund may expect to be millionaires in three years. In 2018, the company ceased operations.

To be safe, avoid crypto transactions that appear to be too good to be true. Also, avoid investing in international enterprises that are not regulated by US authorities.

Also Check: How To Cash Out Bitcoins For Real Money

Hundreds of cryptocurrency exchanges exist around the world. The ease with which these exchanges can be started has increased their appeal. It is true that a great-looking exchange may be launched for less than $1,000. A Canadian crypto exchange was shut down earlier this year after the founder died with the passwords. Meanwhile, crypto hackers have stolen billions of dollars' worth of cryptocurrency. Some of these hacks were carried out with the help of insiders.

To be safe, we recommend that you do your homework on an exchange before depositing your money. Also, big US-based exchanges like Coinbase and Kraken are recommended. These exchanges are backed by well-known venture investors and rigorously overseen by regulators.

Bitcoin exchanges may be divided into two categories: those that have already been hacked and those that are about to be attacked.

Check Also: How To Swap Crypto Coins At The Right Time

Don't put your Bitcoin in a cryptocurrency exchange. Ever. Only keep the money you plan to utilize for trading. It's not your Bitcoin if you don't have control over the private keys to your Bitcoin wallet.

Phishing is a common sort of fraud. Thousands of emails from John Podesta, an American political consultant, were released during the 2016 election due to the same form of deception. When you receive an email message with a link, you are being phished. The email is designed to resemble those from well-known companies such as Google and Amazon. If you click the link, you may be required to reset your password or provide more personal information. Fraudsters are observing you and stealing your data, which they then sell for bitcoins.

To be safe, we recommend that you think twice before clicking on a link in your email inbox. If the email claims to be from Google or Amazon, double-check that it is. We also advise you not to share your security key with anyone.

Bitcoin mining necessitates the purchase of pricey technology. Bitmain's lowest brand-new mining machine, for example, costs more than $250. The most advanced miners can cost upwards of $10,000. Because most individuals cannot afford these devices, cloud mining businesses are used. In exchange for Bitcoins, they pay these companies a subscription fee. While some legitimate cloud mining organizations exist, many others operate unlawfully. Hashflare, for example, was decommissioned in 2018. Customers are believed to have lost millions of dollars in total.

We advise you to stay away from cloud mining firms. If you must, we recommend using cloud mining firms based in the United States. Also, make certain that these businesses are registered and regulated by a reputable authority.