How To Change Netflix Region Locations With A VPN in 2023: Bypass Restrictions When Streaming Netflix

Although you can use a smart DNS or proxy server to change your location, a VPN is the safest and most effective solution. So check it out.
Beltus 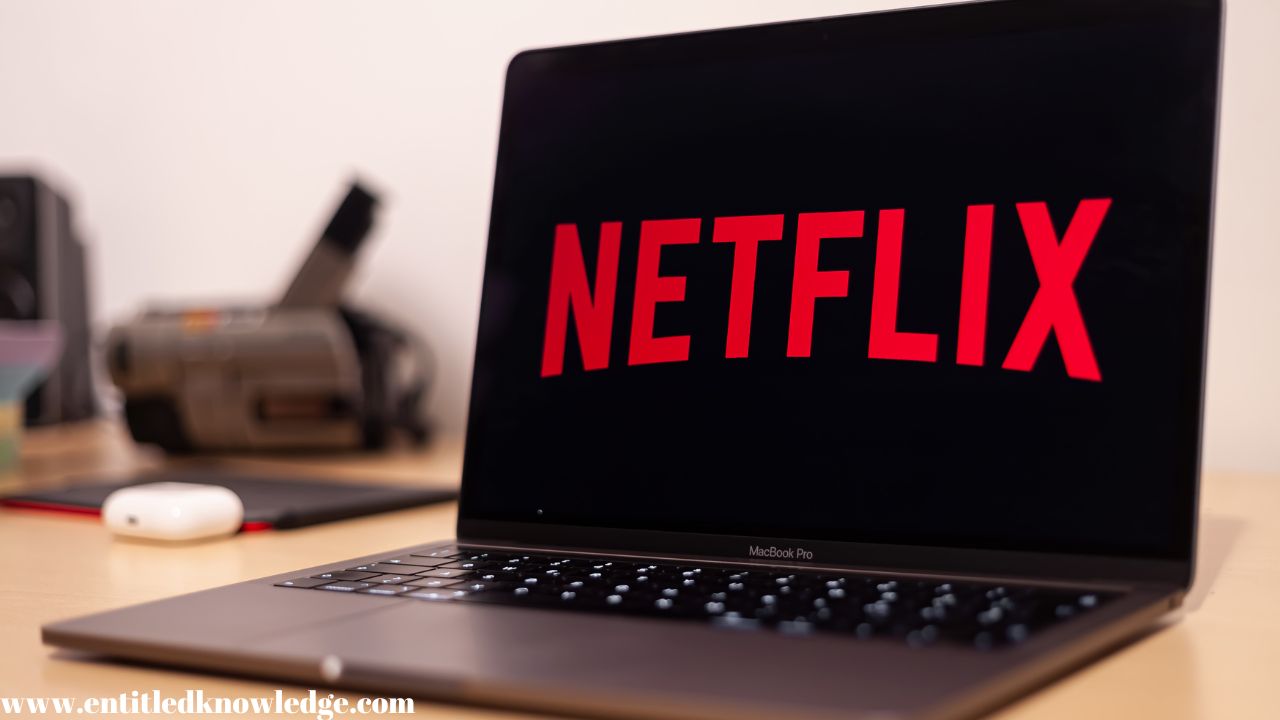 Changing your Netflix location is a rather straightforward process. Simply install a VPN, connect to a server in the country whose library you want to access and launch Netflix. Read on to learn how to spoof your location on different devices and which VPNs are best at it.

Netflix is home to thousands of movies and TV shows. However, the streaming giant limits your content library depending on your location. For instance, if you’re in the U.S., your Netflix library will vastly differ from those in the U.K., Japan, Germany or Nigeria. To access content from other countries, you have to change your Netflix region. To do that, you’ll need one of the best VPN services.

A VPN can spoof your location, enabling you to access your preferred Netflix library. However, very few VPNs can reliably unblock Netflix. ExpressVPN is the best of the bunch, with unrivaled unblocking ability and fast speeds.

This guide will show you how to change your Netflix region with a VPN, whether on your iPhone, Android, gaming console or smart TV. We’ll also explore our top three VPN picks for changing your Netflix region, starting with ExpressVPN. Let’s get started.

Read Also: The Best Free and Paid VPNs to Get a UK IP Address

Why Change Netflix Region With a VPN?

You may have noticed by now that Netflix’s content library is country-specific. This difference is because of territorial licensing. For instance, the family-friendly Pokémon Master Journeys: The Series is only available in the U.S. This means Netflix doesn’t have the rights to air the movie in the U.K. or other locations where it’s not available.

Although there are other options, such as using a smart DNS or a proxy server, a VPN is the simplest and most effective solution. Connecting to a VPN server in any country can help you access their Netflix library.

How to Change Netflix Region On Windows With a VPN: Step-by-Step

In this section, we’ll demonstrate how to change your Netflix region, with a visual, step-by-step tutorial. We’ll cover a wide range of devices and operating systems, including desktop devices, mobile devices, gaming consoles and smart TVs. Let’s start with desktops.

Read Also: What is Netflix and How do we create an Account?

Visit ExpressVPN’s website and purchase a subscription. Go to the “download VPN” tab and install the VPN client for your Windows device.

2. Open the VPN and Connect to a Server

Finally, access your Netflix account and search for the content you want to watch. It should be available now. Otherwise, rinse and repeat these steps with a different VPN server or VPN service.

How to Change Netflix Region on iPhone

If you have an iPhone, here are the steps to follow to change your Netflix region.

Go to the Apple app store and search for the VPN you want to use. For instance, type “ExpressVPN” into the search bar, and you’ll be able to download and install it.

2. Open the VPN App and Select a Server Location

Choose a server in the country whose Netflix library you want to access.

Finally, launch your Netflix app and watch your favorite shows.

How to Change Netflix Region on Android

Go to the Google Play Store and search for the VPN you want. Download and install it.

2. Connect to a VPN Server

Launch the VPN and connect to a server in the country where Netflix has the show you want to unblock.

Launch the Netflix app on your phone and access the Netflix library of the country you connected to.

Read Also: How to watch DStv Channels In The US Using VPN

How to Change Netflix Region on Roku and Gaming Consoles

You can’t install a VPN on Roku or on gaming consoles. The best alternative is to set up a VPN on your router and connect those devices. That said, not all routers allow you to install a VPN.

There are a few routers that come configured with a VPN out of the box. A good example is the ExpressVPN Aircove router, which comes with built-in ExpressVPN protection. However, for most routers, you’d have to install DD-WRT or Tomato firmware.

Most VPNs provide detailed setup guides for various routers and firmware on their websites. If those are not sufficient, contact their customer support to walk you through the process.

How to Change Netflix Region on a Smart TV

At the time of writing, Samsung’s Tizen OS and Apple TV do not support VPNs, unless you pair the VPN with a router. However, you can install a VPN directly on some smart TVs, including Android TVs and Fire TVs.

As you’ll notice in our best VPNs for smart TVs guide, ExpressVPN and NordVPN both have apps for Android and Fire TV. Switching servers while using these VPNs with smart TVs is the same process as it is on Android.

Another way to change your Netflix location is to use a Smart DNS if the TV enables you to switch DNS servers.

In this section, we’ll dig deep into the top three VPNs that perform excellently when it comes to changing Netflix regions. We’ll start with ExpressVPN, the cream of the crop.

When looking for a VPN for Netflix, you’ll hardly find a better option than ExpressVPN. It has servers in 94 countries, and each of them comes with unparalleled ability to bypass geoblocks. These server locations cover many Netflix hubs, including the U.S., U.K., Germany and Canada, so you won’t need to try different servers before getting into your preferred Netflix library.

Additionally, ExpressVPN is lightning fast, meaning you can stream your choice of Netflix movies without any lags.

NordVPN is another streaming powerhouse that’s great for changing Netflix region locations. It has over 5,000 servers in 59 countries, including favorite Netflix locations like the U.S., U.K., Germany, Canada and Japan. NordVPN’s servers are not as robust as ExpressVPN’s, but they can help you change your Netflix location in one go.

In terms of speed, NordVPN is hard to beat. As you can see in our best fast VPN post, NordVPN is the fastest VPN around, boasting impressive download speeds and low latency to help you stream in HD or 4K without any buffering. It’s also on the cheaper side of things, making it a great budget alternative to ExpressVPN.

Read Also: How to Unlock and Watch DStv Premium Channels for Free Without Subscription

Of all the VPNs on this list, Surfshark has the largest server footprint. It has servers in 100 countries, meaning you have a lot more options when it comes to changing your Netflix region location.

Moreover, you don’t need to fork out lots of money to purchase a Surfshark subscription. It’s one of the best cheap VPNs, and you can split the bill among your friends, thanks to its unlimited simultaneous connections feature. Surfshark is not as fast as ExpressVPN or NordVPN, but its speeds are decent enough for buffer-free streaming.

Can I Use a Free VPN to Change Netflix Libraries?

A free VPN service can help you access different Netflix libraries. However, finding a good one can be like looking for a needle in a haystack. Many free VPNs simply can’t get past Netflix geoblocks, and even when they do, you’ll be met with data and bandwidth restrictions.

If you’re on a tight budget and need a free VPN to change your Netflix region location, we recommend Proton VPN. It has three free server locations: the United States, the Netherlands and Japan.

It also doesn’t have any data caps, so you can stream without worrying about your movie cutting off in the middle. However, free users might experience slower speeds because of congestion on the free servers.

Windscribe is another handy free VPN that can help you get past Netflix geoblocks. Windscribe offers up to 15GB of data free each month; however, that’s only enough for a few HD movies.

Can I Change My Netflix Region Without a VPN?

Aside from a VPN, you can change your Netflix region location through several means, including using a smart DNS service and proxy server. However, these options are less reliable and don’t come with the security and privacy features you need to stave off hackers and malicious third parties.

Much like a VPN, a smart DNS changes your location, tricking Netflix into thinking that you’re in another country. It works by rerouting your DNS requests through a server in another country and removing all location information from your data.

The downside of using a smart DNS is that it doesn’t come with the security and privacy a VPN offers. It doesn’t encrypt your traffic or hide your IP address. This means that your information could easily be at the mercy of hackers and your internet service provider (ISP).

Alternatively, you can use a proxy server to unblock Netflix libraries. The proxy serves as an intermediary connection that hoodwinks Netflix into thinking that you’re in a different country. Unlike a smart DNS, a proxy masks your IP address, but your traffic is still not encrypted. Moreover, free proxies are usually very slow and thus bad for streaming, whereas you’ll barely notice a VPN is on.

Conclusion on How to Change Netflix Region Locations With a VPN

You’ll have to change your Netflix region location if you want to access a Netflix library in a country other than where you are. Although you can use a smart DNS or proxy server to change your location, a VPN is the safest and most effective solution. All you need to do is to install a VPN app, connect to your preferred server location and stream its Netflix library.
ExpressVPN is the best at changing Netflix locations, thanks to its collection of high-performing servers in over 94 countries. NordVPN also has a reliable server roster in 59 countries and offers lightning-fast speeds for streaming. Surfshark is a cheaper alternative and has servers in more than 100 countries.
Have you ever used a VPN to change your Netflix region? Which VPN did you use? Did you encounter any difficulties? Are you considering using any of the VPNs on our list? Share your thoughts and comments with us in the comments section below and as always, thanks for reading.
Join Telegram Channel
Getting Info...
#Tech Tutorials