How Does Discord Make Money

One of the most widely used chat programs among gamers is Discord. Given its increasing popularity, the business will surely continue to make Profit.
Beltus 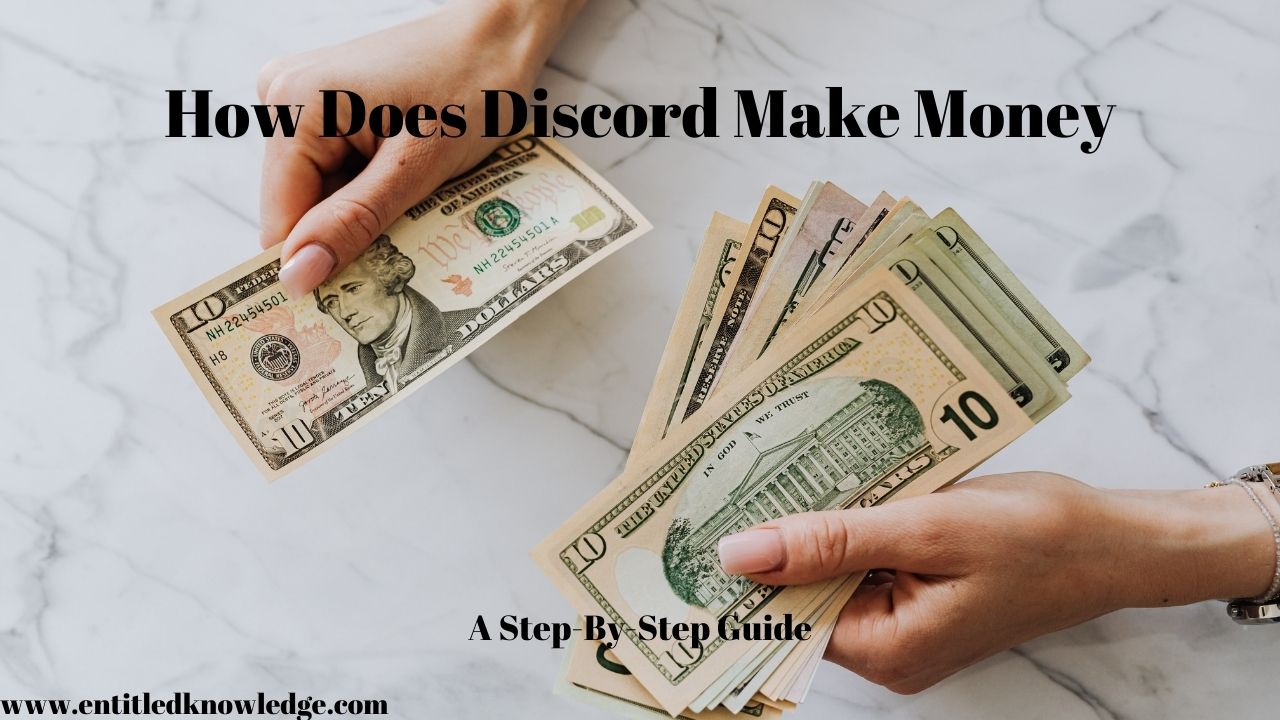 A chat application called Discord has 150 million members worldwide. Jason Citron and Stanislav Vishnevskiy created it in 2015. Through the app, players can connect with one another to play games together. Additionally, it includes phone and video calling capabilities that may be utilized for online conferences or just catching up with pals.

Particularly among the gaming community, Discord has been gaining popularity. The app had reportedly been downloaded 100 million times as of 2018. And Discord surpassed the milestone of 30 million active members in 2019.

Read Also: How To Make Money On Social Media

Discord's creator, Jason Citron, is no stranger to the gaming community. He is one of the co-founders of the social gaming network OpenFeint for mobile devices. Additionally, he established the mobile game production studio Hammer & Chisel.

Citron was motivated to develop Discord after observing how challenging it was for gamers to communicate online. In order to facilitate voice interaction between gamers while they were playing games, he sought to develop an app.

To assist him in creating the app, Citron enlisted the aid of his buddy and software engineer Stanislav Vishnevskiy. And Discord was introduced in May 2015.

Initially, only PC gamers could access the app. But Discord released its mobile version for iOS and Android in 2016. Additionally, the program now supports screen sharing and video calling.

Check Out: Top Best Ways on How to Make Money On YouTube

How Does Discord Work?

Discord has been made to be simple to use. You may open an account by entering your email address or by linking your Facebook or Google account.

Once you have an account, you can build your own private chat room or join public chat rooms on any subject. You can add friends and send them direct messages as well.

You may also make audio and video calls using Discord. Simply click the call button in a chat room or direct message to place a call.

Use of Discord is cost-free. But you can join Discord Nitro if you want access to more services. It is a premium Discord subscription. The cost is $4.99 per month or $49.99 per year.

Exclusive features like personalized emoticons, animated avatars, and better-quality video calls are only available to Discord Nitro users. They also get discounts on Discord merchandise and early access to new features.

How to use Discord?

A chat application called Discord has millions of users. Although the app is free to use, several features are only available if you join up for Discord Nitro.

Discord is a fantastic method to communicate with friends and other gamers if you enjoy playing video games. You can build your own private chat room or join public chat rooms on any subject. You can add friends and send them direct messages as well.

You may also make audio and video calls using Discord. Simply click the call button in a chat room or direct message to place a call.

Even if you're not a gamer, Discord is a fantastic chat program. It can be used to stay in touch with loved ones. Additionally, you may join a Discord server for that fandom and communicate with other fans if you're a fan of a specific TV show, movie, or band.

Linux, iOS, Android, PC, Mac, and other platforms all support Discord. By linking your account to Facebook or Google, you can create an account. Alternatively, you can register with your email.

How Does Discord Make Money?

Through the selling of Nitro, its premium subscription service, Discord generates revenue. Additionally, Discord makes money by selling games and other in-app purchases.

Investors like Greenoaks Capital and Index Ventures contributed $150 million to Discord's fundraising in 2018. The company's reported valuation in that year was $1.6 billion.

Discord hasn't revealed its earnings as of 2019 either. However, the business is expanding swiftly. The company Discord claimed $30 million in revenue in 2018. And the company reportedly increased its revenue to $90 million in 2019.

Read Also: How To Make Money With Affiliate Marketing

Discord's Discord Nitro premium service memberships account for the vast majority of its income. For just $4.99 per month or $49.99 per year, Discord Nitro users have access to premium features like animated avatars, bespoke emoticons, and higher-quality video calls.

Discord is making a considerable amount of money through Discord Nitro memberships thanks to its millions of users.

The Discord Store is still in its infancy, but it has the potential to grow into a sizable source of income for Discord.

Discord intends to increase its earnings in the future by selling advertisements on its platform. This is a typical revenue stream for social networking and messaging apps. Additionally, due to the size of Discord's user base, the business should be able to make a sizable amount of money from advertising.

Discord is a rapidly expanding business that is already making a sizable amount of money. And Discord's growth is set to continue in the years to come because to its straightforward but efficient business strategy.

The Discord business model is straightforward but successful. Although the app is free to use, several features are only available if you join up for Discord Nitro.

Pay $4.99 per month or $49.99 annually for Discord Nitro. Additionally, the company is making a sizable amount of money from Discord Nitro subscriptions thanks to its millions of users.

Discord makes money from the selling of games and other digital items through its Discord Store in addition to subscription fees. Additionally, the business intends to increase its earnings in the future by selling advertisements on its platform.

Discord has had great success so far. The business is expanding swiftly and has a $1.6 billion market cap. And Discord's growth is set to continue in the years to come because to its straightforward but efficient business strategy.

Conclusion on How to make Money with Discord

One of the most widely used chat programs among gamers is Discord. And given its increasing popularity, the business will probably continue to make a sizable profit in the years to come. Both gamers and non-gamers can benefit from using the Discord chat app. So be sure to check out Discord if you're searching for a new chat software to try.
Join Telegram Channel
Getting Info...
#Money Making