After testing multiple speed test apps, we've found the ones with clean interfaces with less clutter to rank near the top. These include Meteor by Ope
Beltus 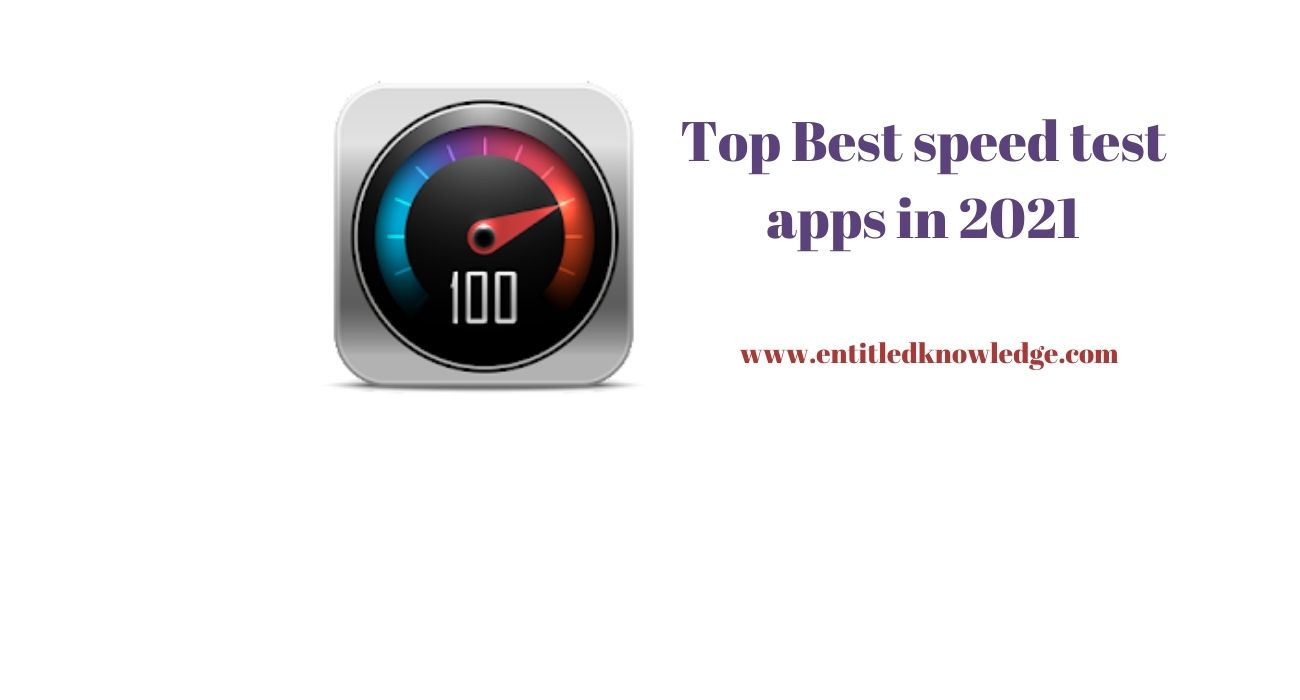 Speed-test apps are the best way to ensure your Wi-Fi and internet speeds are up to task for handling streaming and gaming. Internet service providers (ISPs) are commonly charging over $100 for gigabit internet connections, so it's important for customers to know if they're getting their money's worth.

Unfortunately, not all speed-test apps are made the same. Based on how certain apps are coded, you might find your results on one app to be slower than on another. Not only that, many ISPs have bespoke speed test apps and websites usually trying to upsell consumers on faster plans, even when the customers might not need them.

Often, when you call customer support regarding poor internet performance, the representative will direct you to an ISP-made speed test website. Lo and behold, suddenly your internet speed is returning download and upload speeds higher than before.

It's not that the ISPs are lying to you, but using an ISP-made speed test app gives the company an advantage. The information is not incorrect, but it's not indicative of real-world performance. You'll notice that none of our recommended apps are tied to ISPs.

Speed test apps are not an exact science. They're a good approximation, a tool that can help you figure out what's wrong with your internet connection. We recommend running a speed test at least three times with any app to get an average. It also doesn't hurt to run speed tests with multiple apps.

What are the best speed test apps?

After testing multiple speed test apps, we've found the ones with clean interfaces with less clutter to rank near the top. These include Meteor by OpenSignal and SpeedTest Master.

But it's not just speed tests that matter, it's some of the secondary information that's also important. These can include what connectivity is like to different servers, like the PlayStation Network, or more granular information, like a chart of your home's Wi-Fi strength.

What you'll find below is a varied number of apps, some that are free, some that come with an upcharge, but all that are worthy of your consideration.

Let's consider the below tips before running a quick test.

Before running a speed test, ensure that your network environment is clean. What do I mean by that? Make sure that nobody else is using the internet at that particular moment in time. Someone watching Netflix downstairs will affect data pulled in via a speed-test app.

While using an app on your phone, make sure your Wi-Fi is set to a 5Ghz frequency, if your router supports it, and sit as close to the router as possible. Also ensure that there are no obstructions between you and the router.

For anyone testing via a laptop or desktop, we'd recommend plugging an Ethernet cable directly into your router. This will ensure you're getting an unhindered connection.

Lastly, for both phones and computers, close all background applications that may be sucking up bandwidth.

Meteor by OpenSignal is a fast independent speed-test app that offers reliable speed tests with a slick interface. Not only is it free, available on both iOS and Android, it lays out in simple, plain terms what your internet speed is like.

Apart from offering download, upload and ping response times, it doesn't give much deeper network information. It does, however, include information on cellular coverage, which could be handy when traveling.

You can also test performance on individual apps. For example, I was able to test network performance when trying to ping the servers for Pokémon Go.

Meteor by OpenSignal is one of those rare apps that looks and feels so high-quality, you're surprised it's being offered for free.

SpeedTest Master is a powerful speed test app for both iOS and Android. It offers a bevy of tools outside of simple speed tests, such as being able to measure the ping response time for PlayStation Network, Steam, YouTube, TikTok and social-media networks.

It can also test Wi-Fi signal strength, letting you know where you need to position yourself for ideal connectivity. Another cool feature is being able to analyze various Wi-Fi signals, informing you of which ones offer the best connection. If you're in a busy area with many signals, this app will let you know which is the best to ping off of, assuming that Wi-Fi connection is open to the public.

The downside to SpeedTest Master is that it's not free. While you can use it a limited number of times with ads, to unlock unlimited testing, it will cost either $1.99/month, $7.99/year or $14.99/lifetime.

Apart from the cost, SpeedTest Master is robust and a must-have for anyone obsessed with connectivity.

Speed Test WiFi Analyzer by analiti Experts Group might not be the prettiest speed test app, but it's definitely powerful. The program's utilitarian design gives you very detailed information without any fluff. Not only does Speed Test do standard speed tests well, but it also has a built-in Wi-Fi analyzer to help detail coverage in different parts of your home. This feature is especially handy for users who have multiple nodes. If you're a nerd for deep Wi-Fi metrics, this app will give you detailed RSSI stats, a signal analyzer, decoded IEEE 802.11 beacon information, a spectrum map, and TCP and UDP tests for iPerf3 servers. If none of that made sense to you, then maybe the other speed test apps on this list would be a better fit.

Either way, Speed Test WiFi Analyzer by analiti is available on Google Play and the Amazon Appstore. Unfortunately, there is not an iOS variant. The app is available for free, but paying a one-time $1.99 fee will remove ads. For access to the expert features listed above, the app will cost $0.99 for 24 hours, $1.99 for the month, $9.99 for the year and $19.99 for life.

Ookla's Speedtest app is one of the most popular around. Not only has it been around for years, it offers reliable tests for free. The information it gives is relatively bare-bones, but it gets the job done. Because the app is free, it does have ads. There is an option to remove ads for an additional .99 cents on both iOS and Android. The Windows and Mac versions don't have this option.

The app also tracks your results history, can show you the health of your cellular network map and has a built-in VPN. Tom's Guide has not independently tested the strength and effectiveness of Ookla's VPN.

We like Fast by Netflix for how easy it is to use. As soon as you turn on the app, it starts measuring your download speed. There isn't even a "go" button.

It's also a very light and basic app, meaning you can leave it on your phone without having to worry about space. It's actually so basic, we wonder if it's just a container for the fast.com website. It's currently available on both iOS and Android.

Luckily, there is an option to show more detailed information, such as unloaded and loaded latency, upload speed and your public IP address. Users can also save their results to keep as records.

Microsoft's Network Speed Test app, available via the Microsoft Store, is a strong tool. It's light and bare-bones, but it gives you the information you need upfront.

It doesn't have more robust features, such as being able to test signal performance or check the range of your overall network, but should be sufficient for most people. At the moment, it's only available for Windows computers.

Either way, this clean speed-test app logs a handful of past tests so that you're able to compare. It also lists the type of connection used so you're not accidentally comparing Wi-Fi tests against Ethernet.