Computer programming and web development are top-notch careers in this era because of their high demands, usefulness.
Beltus 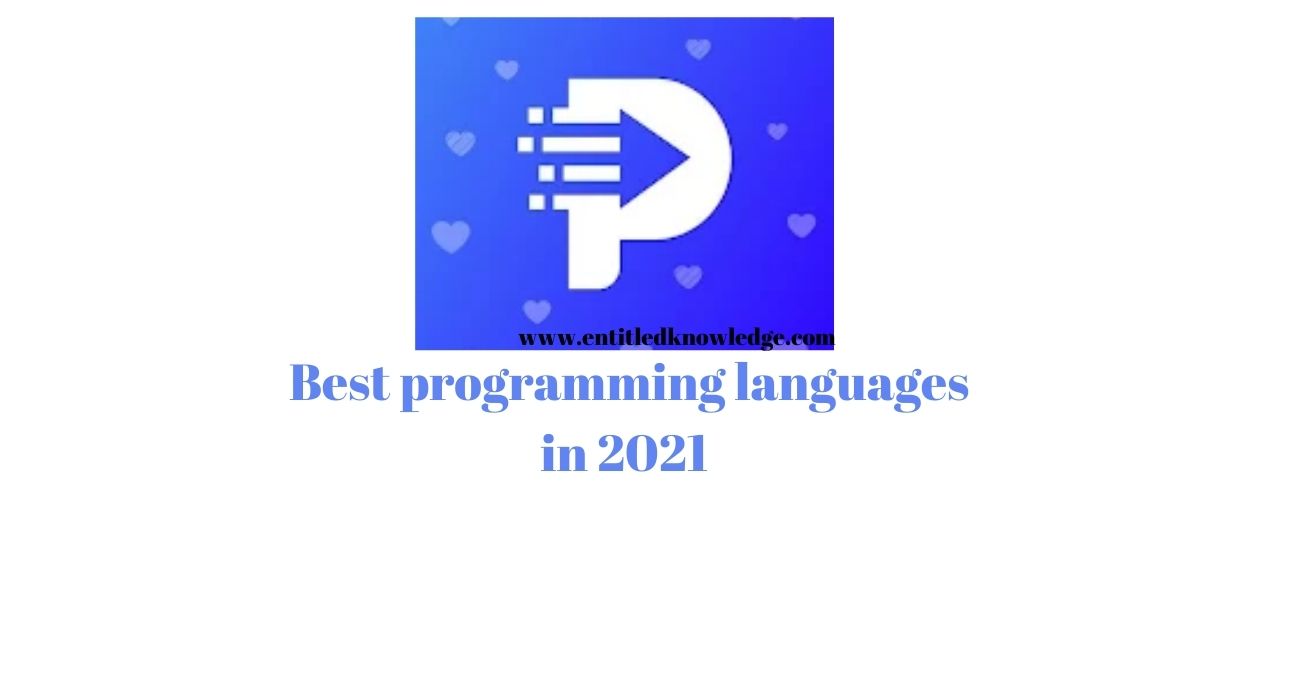 The world of Tech and I.C.T has brought about technological evolution and the provision of products and services that aid humans today. Programming languages are the foundations of everything technology.

While discussing the top 10 best programming languages to learn, their ecosystem and real-world applications, we wish to create guidelines for those who wish to pursue a career in the software field.

Computer programming and web development are top-notch careers in this era because of their high demands, usefulness. The world is going into a full-blown digitalization.

What is a Programming Language?

A programming language is a computer program used to solve problems. They are commands, algorithms or instructions given to a computer to carry out certain computer operations.

Descriptions For this article

Among the top tech companies using Python today include Google, Facebook, Reddit, Quora, Instagram, Spotify, etc. Python has a vast amount of ready to use libraries that makes development in Python easy and fast.

Python developers are among the highest-paid developers in the world. In 2021, the average salary of a python developer in the United States is $98,838/yr, according to Glassdoor reports, ranging from $65k to $142k.

Node.js, JavaScript on the server, is a server-side scripting language used to power web applications and is available in all major cloud hosting services today, including AWS, Google Cloud, Digital Ocean and the likes.

For the past 8 years, JavaScript has maintained its position as the most commonly used programming language on the web. Javascript in combination with HTML and CSS are majorly used in front-end web developments.

According to Douglas Crockford, a top American computer programmer that developed JSLint, "JavaScript, there is a beautiful, elegant, highly expressive language that is buried under a steaming pile of good intentions and blunders"

Elon musk's SpaceX, in its recent launch of Dragon 2 Flight, used a technology based on Javascript and Chromium to the surprise of the dev community.

JavaScript developers are among the highest-paid developers in the world. In 2021, the average salary of a javascript developer in the United States is $91,389/yr, according to Glassdoor reports, ranging from $55k to $152k.

C# was first released in 2001 and has been integrated into Microsoft’s .NET software framework. The duo is now used to develop cross-platform mobile and desktop applications, including browser plugins.

C# designer Torgersen believes that the popularity of the C# programming language largely boils down to its tendency to embrace new features quickly.

C#.net developers are among the highest-paid developers. In 2021, the average salary of a C#.net developer in the United States is $81,368/yr, according to Glassdoor reports, ranging from $59k to $110k.

Kotlin is cross-platform, and it is supported and developed by JetBrains. The first version of Kotlin was released in 2016. The idea behind Kotlin was to create a programming language better than Java. Kotlin fully inter-operates with Java.

According to information on the android website, over 60% of professional android developers use Kotlin because of its productivity, developer satisfaction and code safety.

Evernote, Corda and Coursera Migrated from Java to the Kotin programming language following Google's announcement in its I/O 2017 Developer Conference.

Furthermore, Kotlin boasts of powering many production mobile applications, including Slack, Reddit, Dropbox, Adobe, etc. the demand for Kotlin developers has been increasing since its launch in 2016, and it is expected to continue.

C++ was developed by Bjarne Stroustrup in 1983. It is often said that C/C++ is the bread and margarine of programming because most low-level systems are written in C/C++.

The stability and fastness associated with C++ have made it a favourite programming language for memory and performance-intensive projects.

C++ is also used in the field of mathematical simulations, graphic compilers and advanced computations. Major tech companies and Government bodies like LinkedIn, Microsoft, Opera and NASA have adopted the C++programming language as part of their ecosystem.

Swift is an open-source programming language that targets Apple's systems. Apple developed Swift in July 2010 as a replacement and an upgrade to Objective C.

Software developers who wish to specialize in developing iOS applications are encouraged to Swift as it is the programming language for iOS, iPadOS, macOS, tvOS, and watchOS devices.

Apple poses a competitive platform to the android community; thus, there is a high demand for talented software programmers that develop in the Swift programming language.

On August 23, 2017, Richard Bion of Airbnb published an article on how R has helped Airbnb make the most of its data. It says:

"Airbnb’s data science team relies on R every day to make sense of our data. While many of our teammates use Python, R is the most commonly used tool for data analysis at Airbnb".

Dart is a high-level cross-platform programming language that is optimized for UI. Being cross-platform, Dart can be used to develop Web, Android, iOS and Windows applications.

According to Google, over a thousand engineers are using Dart and Flutter to build applications. According to Glassdoor, Dart programmers earn on average $73,110/yr in 2021, ranging from a $32k low to an impressive $170k high.

Java was designed by James Gosling but is currently owned by the software company Oracle. Contrary to what many think, Java is not just for Android development; It is used as a server-side scripting language, powering many web applications today.

In a press release on March 16, 2021, Oracle announced that the 16th version of Java would feature several updates that will fine-tune services provided by the Java programming language.

Notable companies like Square, Deutsche Bank and Anaplan are among the major adopters of the Java programming language.

According to data from Indeed, the average salary of a senior Java developer in the United States in 2021 is $102340/yr.

Developers who specialize in C programming language earn an average of $100,110 per year.

There are many programming languages to learn, but the above serves as a general overview for people interested in software development.

As a newbie in software programming, you can start learning software development by taking tutorial classes on any of the languages mentioned.

Follow us on Telegram for more other tutorials and boost your IQ in this digital world.