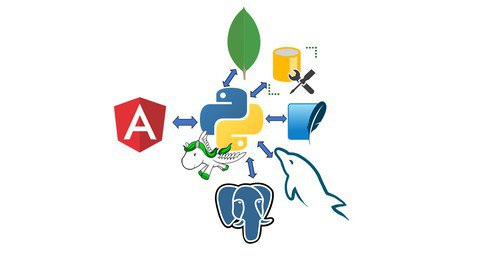 The demand for a Full-Stack Web Developer is the highest compared to any technology professional. They are paid exceptionally well both in the companies and also as freelancers.
This is due to the fact that full-stack web developers have diverse set of skills.

In this course, you will learn full stack web development with Angular 12 for the frontend and Python Django for the backend.

We will build the same backend project with different databases such as Microsoft SQL Server, My SQL, Mongo DB, PostgreSQL and SQLite.

Sections in this Master Course:

I am sure that this course will definitely help you in your journey as a full stack web developer.

Welcome to the course, and happy learning. 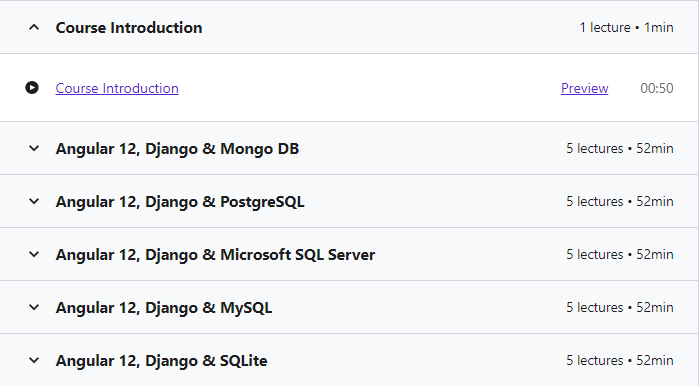 Who this course is for: