How to get Free Internet on Android using VPN

To understand how a VPN works, it helps to first understand how your internet connection works without one. Without a VPN When you access a website
Beltus 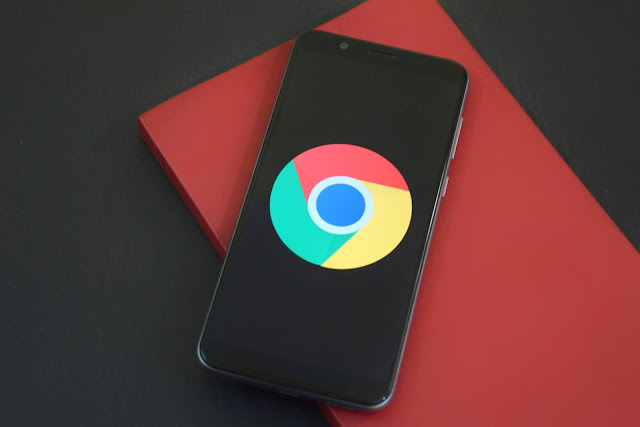 Internet, a system architecture that has revolutionized communications and methods of commerce by allowing various computers networks around the world to interconnect. Sometimes referred to as a "network of networks", the Internet emerged in the United States in the 1970's but did not become visible to the general public until the early 1990's. By 2020, approximately 4.5billion people, or more than half of the world's population, were estimated to have access to the internet.

These days you can get free internet on mobile everywhere like, in various agencies, hotels or in some restaurants using WiFi . But while these public WiFi systems are a great convenience, they aren’t necessarily quite safe and secure. In fact, the public WiFi may be seen as an open invitation to hackers to watch around and view your online activities which becomes a problem since it is the case that we are exposed. Perhaps, that doesn’t mean you shouldn’t use free public WiFi when it’s available. However, this is where Virtual Private Network (VPN) comes to protect your identity on the web.

In order to use free public WiFi, you must use certain VPN service that lets you access the internet safely and privately. VPNs are among the best security tools a web can have. Mostly, people always pose questions on how we can  get free Internet with VPN on your Android? Well I will show you the different methods you can is to get free internet on Android in today's article.

Mostly, VPN free internet service is accessed in Android devices with the help of third party apps as we have shown in our various Free Internet Tricks. However, in almost all android devices, especially those with Android version 4.0 and above, have built-in support systems for different kinds of VPNs. One of the easiest ways to get safe access to free public WiFi systems and free internet for Android is by using its built-in VPN client. Now, you might be wondering how to use VPN for free Android internet? For this, first you need to know how to setup a VPN on Android phone for free internet VPN service without help of any third party app.

A VPN (virtual private network) is the easiest and most effective way for people to protect their internet traffic and keep their identities private online. As you connect to a secure VPN server, your internet traffic goes through an encrypted tunnel that nobody can see into, including hackers, governments, and your internet service provider.

How does a VPN work?

When you access a website without a VPN, you are being connected to that site through your internet service provider, or ISP. The ISP assigns you a unique IP address that can be used to identify you to the website. Because your ISP is handling and directing all your traffic, it can see which websites you visit. And your activity can be linked to you by that unique IP address.

When you connect to the internet with a VPN, the VPN app on your device (also called a VPN client) establishes a secure connection with a VPN server. Your traffic still passes through your ISP, but your ISP can no longer read it or see its final destination. The websites you visit can no longer see your original IP address, only the IP address of the VPN server, which is shared by many other users and changes regularly.

How to Get Free Internet Using VPN Service Providers

We have crossed many methods that show how to get free internet and we have made the best out of these. We keep on believing that the best way of getting free internet is by using third party VPN providers. So we stick to that fact.

Before we stepping into the method, you will need to make sure the below requirements are ready:

Active data plan is required with zero balance. If there is any balance in your account, this will be used when connecting to the internet.

This requirement will work on all android versions.

You can use this requirement for your tablet and cell phones as well.

You can use the apps that VPN provides.

The Apps DROID VPN, Your Freedom VPN and FEAT VPN.

Must Read: Top 10 Best Ways to Get Free Internet Without Data Plan

How to Get Free Internet Using FEAT VPN

FEAT VPN uses a configuration file to set up each server connection. So for this trick, we will be using VyprVPN servers. Download and save the configuration files for the VyprVPN servers you want to connect. You can download the Configuration Files here.
Step 1: Go to APK Premiumz from your device, search for FEAT VPN and download FEAT VPN, and install the app.
Step 2: Launch the application and tap Setup and then Run. The app will run a series of tests to determine if your device is compatible with FEAT VPN. This is strict in selection of devices.
Step 3: If all tests complete successfully, tap Exit to continue;
Step 4: Tap Tunnels, and then Add, to add a VPN connection;
Step 5: Under Configuration, select Load and browse to the location of the configuration files you downloaded above.
Step 6: Choose the configuration file for the server you wish to configure;
Step 7: Tap the back button. The server for the configuration file you selected will be listed as a VPN tunnel;
Step 8: Tap the VPN tunnel you just created to connect, and the display will show that a connection is being attempted;
Step 9: You will be prompted to enter credentials, enter your credentials and tap OK;
In a few seconds the VPN status should display as connected to the internet.
Conclusion

We can all see that it is very easy for us to access Internet on Android using VPN. Also with the help of the few steps above you wont face any difficulty nor have regret.

Also, I have to say that there are other apps that give free internet but most of them are available only for certain operators of dedicated countries.