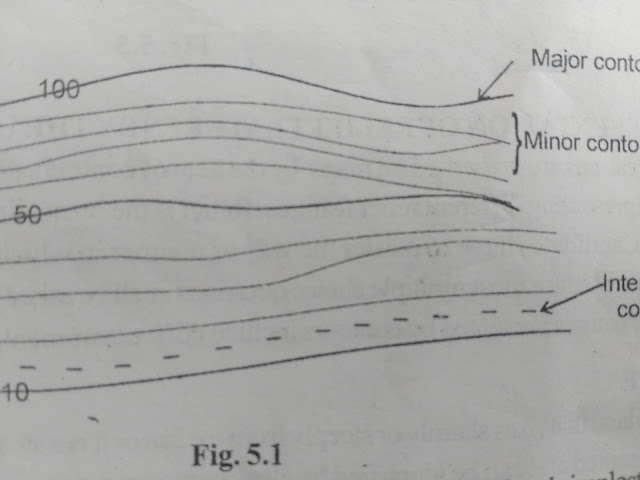 Of all the methods showing relief, contours are most commonly used and simplest form . The contours are are drawn in different shapes and forms. They also differ in their degree of closeness. The closer the contours are, the steeper, the rougher or the rugged the slopes is and the more spaced out or wider apart the contours are the more gentle the slope is and where there are no contour lines, it means it is plain 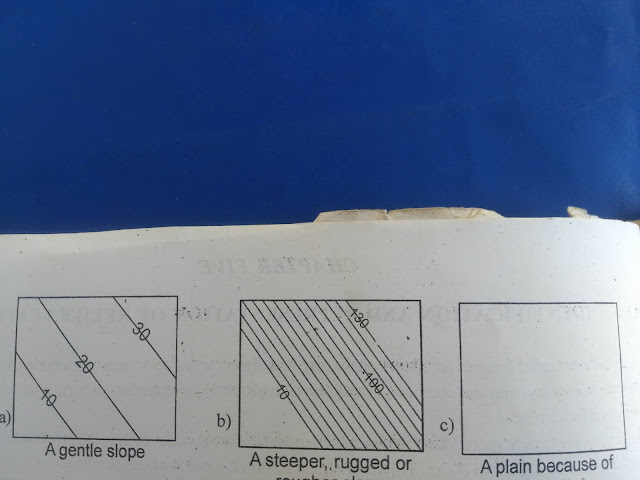