a) When a pure-bred red flowered plants is crossed with a pure-bred white-flowered plant, all the seeds formed produced plants bearing red flowers. When these latter red-flowered offspring were closed with each other, 705 red-flowered and 224 white flowered offspring were produced. Explain, by using diagrams and appropriate symbols the genetics of these crosses, bearing in mind that flower colour is controlled by a pair alleles.
b) What will happen if the offspring of the F1 generation were crossed with
i) A red-flowered parent, and
ii) A white-flowered parent?10 ,
c) How are chromosomes used in the determination of sex in mammals such as man? ( 11, 10, 4 )

Answer to the above questions

a) Hint: We are told in this question that when a pure-bred flowered plant was crossed with pure-bred white-flowered plants, all the seeds formed produced plants with red flowers. his means that red is dominant over white.
Let R= dominant allele for red flower, and r= recessive allele for white flower. 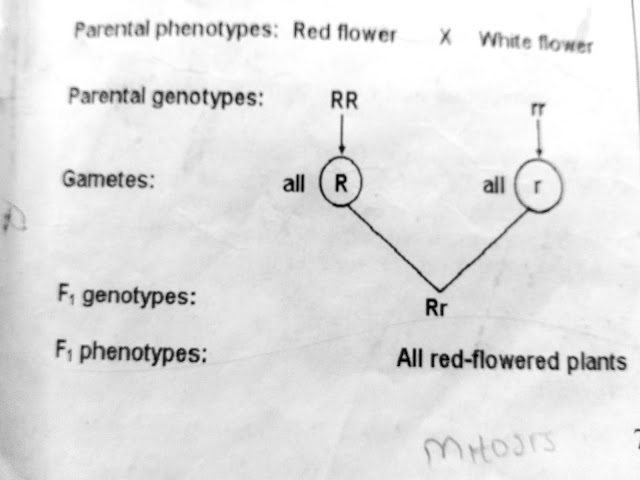 Crossing red-flowered F1 plants with each other 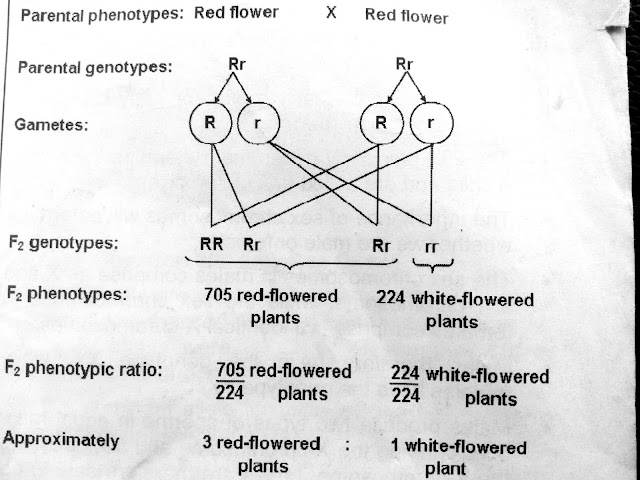 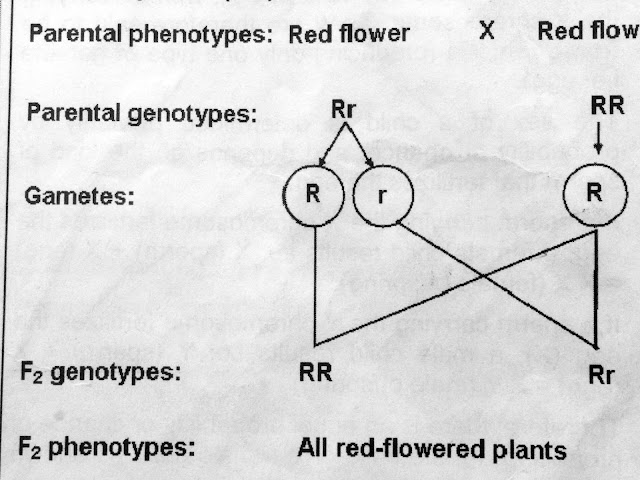 ii) Crossing the offspring of the F1 generation that is heterozygous red-flowered plants with a white flowered parent (rr). 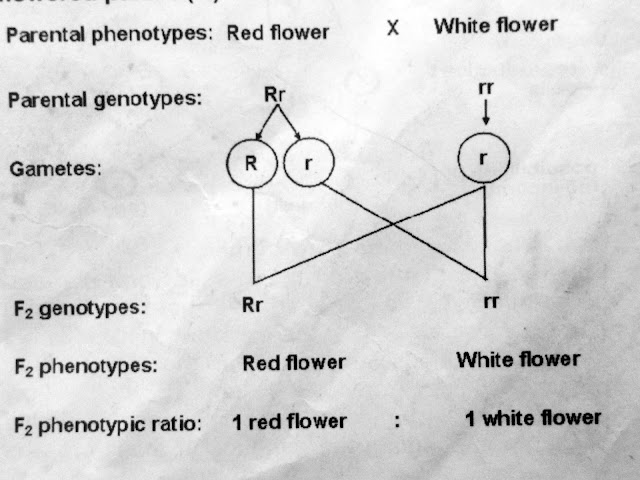 c) How does Chromosomes are used in the determination of sex in mammals such as man?

The first 22 pairs carry genes for body characters and are called autosomes.

The 23 pair carry genes that determine the sex of a child and called sex chromosomes.

The inheritance of sex chromosomes will determine whether we are males or females.

Females produce one kind of egg, With all carrying the X-chromosomes. They are therefore said to be homogametic ( producing only one type of gamete that is egg )

The sex of a child is determined primarily by probability or chance, and depend on the kind of sperm that fertilizes the egg.

If a sperm carrying the X-chromosomes fertilizes the egg, a female child results that is X ( sperm ) + X (egg) = XX (female offspring).

If a sperm carrying the Y-chromosome fertilizes the egg (X), a male child resulting that is Y (sperm) + X (egg) = XY (male offspring).

Therefore, there is an equal probability or chance of producing a male child as shown below: 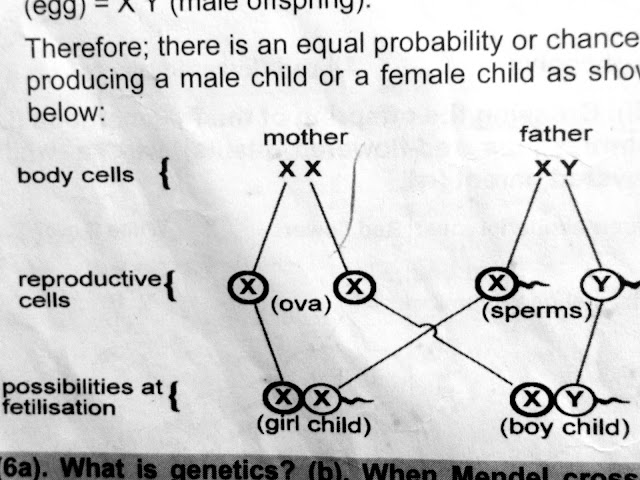