Ecosystem productivity is the rate of energy production or rate of creation of organic matter per unit area and time. It is measure in grams or kiloca
Beltus

To what extent does climate influence ecosystem productivity. June 2015 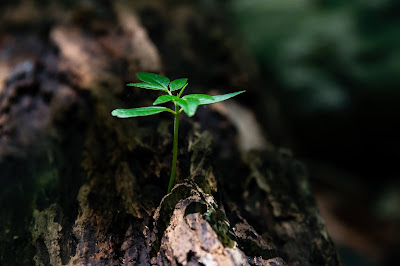 Net primary productivity is the amount of energy that is left oer, after losses through the respiration of plants.

Secondary productivity is the amount of energy converted into living matter by animals, (consumers or heterotrophic organisms).

The variations in the rate of ecosystems productivities are due to a number of factors which work in combination, rather that isolation. Such factors include climatic elements (sunlight, precipitation, temperature), Variations in nutrients supply and size of photosynthetic surface.

Climate is a dominat factor in the production of ecosystems due to its provisions of sunlight, precipitation, temperature as can be examined below.

The amount of intensity and duration of sunlight provided to the area influences productivity either high or low. This because sunlight is necessary during photosysnthesis, and it is during this process that ecosystem are most productive.

Equatorial areas have greater and higher intensity of solar radiations ans these significantly declines towards the poles. sun's rays  fall vertically on a smaller area and less reflected, and absorbed by atmospheric impurities in equatorial areas, and days are longer than night during summers.

Conversly with increasing latitudes towards the poles sunlight intensities and durations varies greatly The rays of sun fall horizontally on a longer surface after travelling for a longer distance. Light durations are shorter espcially during winters with shorter days and longer nights.

How ever it should be noted that, though sunlight leads to higher productivity; it is not the case in all ecosystems reason being that, solar radiation works in combination with other factors like water and vegetation which are ideal conditions for photosynthesis.

This is another factor of ecosystem productivity as it is a condition for primary productivity because it stimulates photosynthesis.

Deserts with low precipitation of 250mm/ year have low productivity irrespective of high sunshin intensity. The polar and Tundra regions have low rainfall and is even in the form of snow or frozen soil retards bacteria action and photosynthesis.

It should be noted that moisture works in combination with other factors. This is because aquatic ecosystem have the greates moisture of all but low NPP because of low nutrients content and inadequate surfaces for photosynthesis.

The rate of cycling and the amount of nutrient supply. This is a major factor that affects the productivities of ecosystems. The supply of nutrients varies from place to place as a result of variations in climatic conditions. The rainforest with humid equatorial climate characterized by high rainfall of 2500mm, high temperature of 28° C, favor deep chemical weathering which releases enough nutrients to the soil.