This refers to the number of males and females in the total population of  a country. Generally, the two sex are expected to be balanced in numbers but nearly every country that varies to 45 males to 55 females; In Cameroon? the ratio  is 48 males to 52 females. This is because of excess male birth but higher pre-natal death.

Despite the excess of males over females at birth, the trend does not continue for a long time. the number of males are greatly reduced as time goes by In most cases, mortality among males exceeds females because of the following reasons

Progressive or expanding pyramid: It is characterized by a broad base, concave site and narrow apex. Both birth rate and death rate are high but death rate is declining. Children from a large proportional of the total population between 45-55  while the aged form a small proportion 4-10 percent such a a pyramid is common in developing areas like AFRICA, LATTERN AMERICA, ASIA excluding JAPAN (CAMEROON). There is a possibility of of large future population growth as the young people become child bearing leading to high government expenditure, high dependency ratio and unemployment. 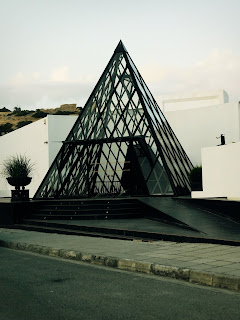 Regressive or contractive pyramid: This is characterized  by a narrow base mainly because of low birth,a central portion with condex , a wider or broad apex.

This gives it a " bell or beehive" shape. Here both birth and death rate are low. Children form a very small proportion that is below 3-0 percent while the aged account for above 15 percent. Examples are common in most developed countries especially Western Europe (BRITAIN, FRANCE, GERMANY), North America (U.S.A, CANADA), Asia (JAPAN).

Stationary pyramid: It has a roughly equal number of people in all age groups characterized by convex side and wider top. The population has unchanging low fertility and mortality. Children account from about 35-40 percent while the age is about 10 percent. The low fertility is due to birth control measures while the low mortality rate is as a result of better medical facilities mainly common in developed countries. 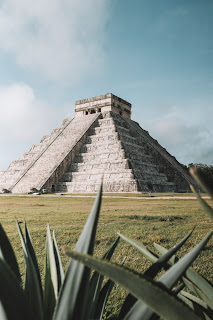 Intermediate or Composite:  This is a pyramid where there is an increase in the number of people reaching the middle age group. This is because of implementation of birth control measures which helps to reduce fertility while improving in medical technology reduces death rate. It is common in countries receiving so many immigrants