Why was the O.A.U created?, b) How was it organized to achieve its objectives, c) What successes and failures did the O.A.U record between 1963-1980
Beltus 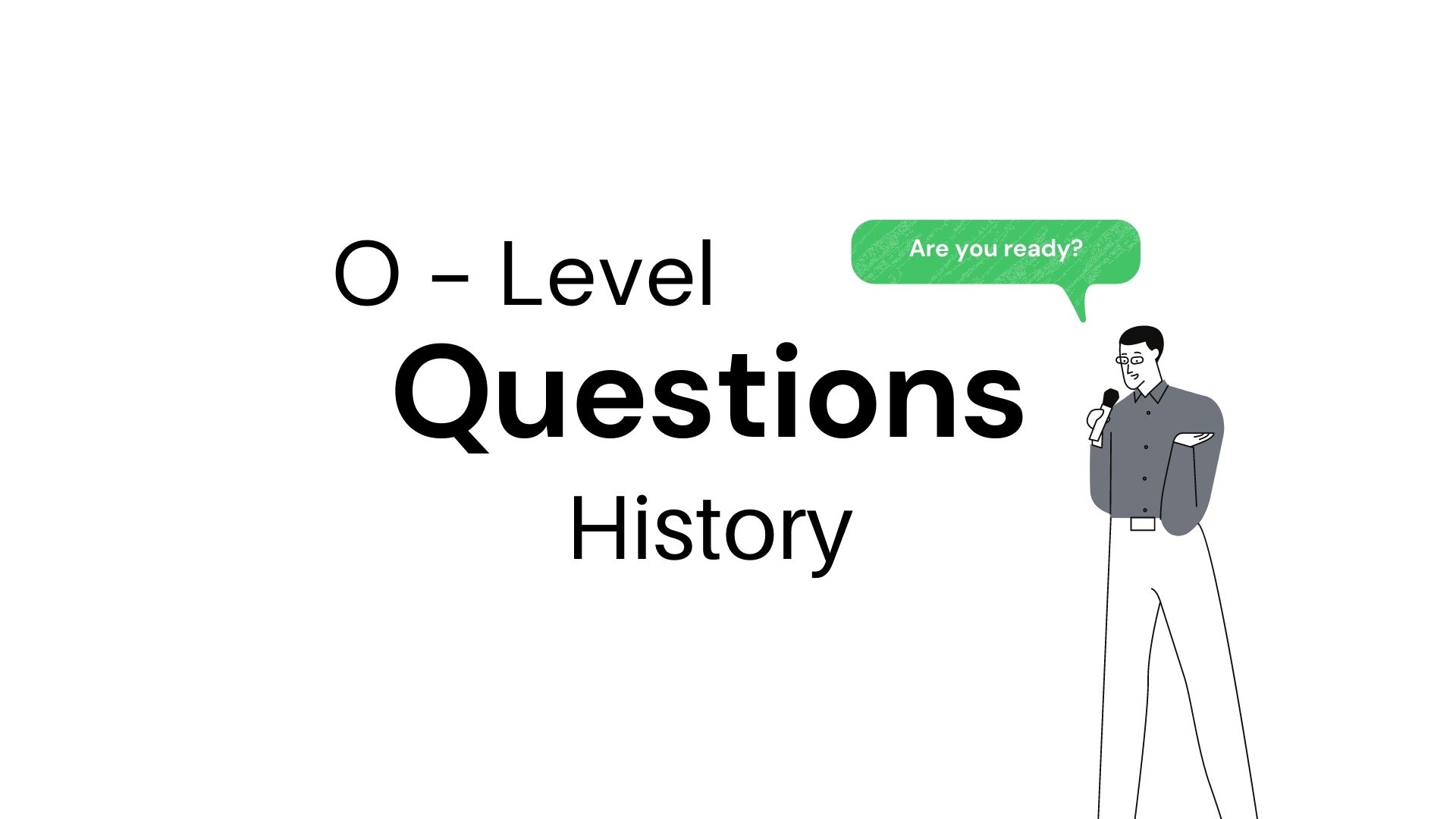 This questions are based on ordinary level History the 1880's in Africa.

a. Why was the O.A.U created?
b. How was it organized to achieve its objectives?
c. What successes and failures did the O.A.U record between 1963-1980?

a. Bring out the objectives.
b. Bring out the organization.
c. The successes and failures.
2a. Describe the circumstances leading to the creation of the O.A.U in 1963.
b. How far did the O.A.U tackle Africa between 1963 and 1980.

a. Why did European penetrate and occupy the interior of Africa after the 1880's?
b. What problems did they encounter and how did they tackle problems?

a. Bring out the economic and social reasons.
b. Bring out problems they encountered and solutions.
6a. Explain why the Europeans were able to colonize most of Africans by 1914.
b. How do you explain the successes of the Abyssinian to over come Italian colonization by 1896.

a. Reasons for the failure of African resistance.
b. Reasons why the resistance succeeded  in Africa.

a. Explain why the Africans resisted European penetration and occupation of Africa.
b. Explain the significance of the following.
- Abyssinian resistance under Menenich,
- The Mandica resistance under Samoure Toure,
- Maji-Maji revolt.