Why may an induWERstrialist select a sub-optimal site for a new industrial concern? 23mks " Although rational industralist adhere to the principle of
Beltus

QUESTION AND AND ANSWER UNDER ECONOMIC ACTIVITY 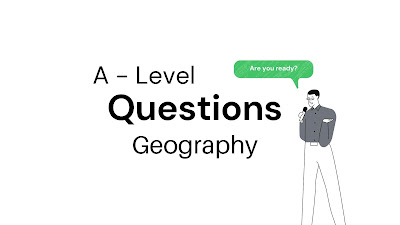 According to David smith model, the optimal location is where production cost is at its lowest point, and maximum revenue is obtained

Optimal location therefore are the best locating site of  firm where the industrialist makes maximum profits. However, many theories earlier advanced in pursue of industrial locations and such as Alfred Weber's theory of least cost locations and David Smiths margins of spatial profitability and profit maximization, many industralists still prefer optimal locations, where normal profits can be made.

A sub-optimal location is therefore a point where industries locate to obtain Normal profits though very difficult to find. According to David Smiths such locations are are always with spacial margins pof profitability. Here productivity is at the highest and firms enjoy economics of scale and normal profits. Therefore industrialist will prefer sub-optimal locations because of.

Government role in deciding to intervene in industrial locations either for economic, social, political reasons and also to balance regional developments, may choose certain regions where industrialist could locate their firms. This could be done through many ways such as levying taxes or granting subsidies, no matter the plan  of government action will still prefer the optimal leocation to increase the standard of living of people which is still one of government' priority actions.

Another reason for a sub-optimal location could be imperfect knowledge of production and market demand. This stems from the action of imperfect decision makers who do not always act rationally. as such can be tempted to locate in area of high unemployment, according to, pred's behaviourial matrix, sub-optimal locations are based on poor knowledge, but an industrialist location at an optimal site gives him/her ability and top quality information on optimal locations where profits will b at its highest.

The satisfgier concept is also another reason for sub-optimal location, by locating where he has a satisfactory level of productivity for various reasons other than maximize profits. For example, an industrialist may locate at his villlage to offer employment opportunities to his people and develop this community, rather than only locating where profits are at their maximum at optimal locations.

Some Industrialist speculates and anticipates for future expansion of their industry, as such may locate in areas with cheap vast and plenty land.

Industries that are not raw materials oriented but foot loosed can easily prefer sub-optimal locations.