Any changes in fertility and mortality affect population growth and thus causes changes in pyramid. Low birth rate and slow death rate lead to slow population growth and in the long run, to a high old age population and decreasing proportion of children thus illustrate the regressive pyramid with a widen apex and a narrow base.
On the other hand, birth rate are high in developing countries same as death rate too showing the progressive pyramid with a broad base and a narrow apex.This type of pyramid of pyramid is represented by the Demographic Transition Model (D.T.M). This factor has a short term modifying effect on the shape of the population.
MIGRATION
This factor has a short term modifying effect on the hap of the pyramid. If migration is massive and neither age nor sex is selective, it will only lead to a change in the size of the age-sex pyramid all through immigration and emigration while cause the pyramid to become larger. 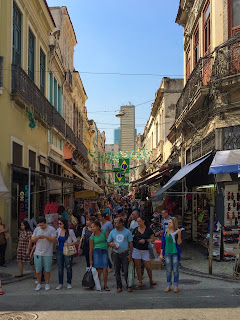 WAR: War  plays a negative role especially in the short run of the population pyramid. The is however some age selectiveness in the dead as the most affected are the adults .This is because adults involve their selves in fighting, war etc and the dominantly adults who make up bulk of the arm force.
Another short term effect is that during wars, birth rate  falls drastically leading to a situation known as DEMOGRAPHIC WINTER OR CHILD DUST. This is because the most reproductive age groups involve in war and generally instability makes people to run for safety.
Another immediate effect of war is that it lead to massive out migration or emigration. This result is a general reduction in the size of the whole pyramid.
MARITAL BEHAVIORS
Polygamy will lead o a broad base.
Late marriages will lead to a narrow base.
Married people will lead to broad base.
NATURAL DISASTERS
Natural disaster like earth quakes, drought, floods volcanic eruption etc often cause death of people of all sex and age thus leading to massive out migration which is neither age nor sex selective. In some natural disasters like explosions, the effects are aged selective mostly adults and the aged die while children survive. This is because children have low inhailing capacity. F instance the lake Nyos disaster of 1986 had children as the greatest survivals
POPULATION POLICIES
The government of some developed countries encourage large population  that is the pro-natal policy the carry out programs that favors high birth rate thus giving rise to progressive pyramid.
On the other hand, population policies of developed countries are anti -natal that is their policies are aimed at reducing birth rate.
EPIDEMICS
These are large scale disease that have a rapid spread examples are cholera, H.IV AND AIDS etc. Epidemics generally reduces the population pyramid as it provocks out migration . T he effects of H.IV/AIDS  is more disastrous among the young adults of both sexes as the number of deaths of this age group keeps increasing. This is age group will experience marked indemptation on population pyramid. If these diseases persist, the long run effect will be a reduction in life expectancy. There by narrowing the apex of the pyramid of such regions.